Supplying and refurbishing all mechanical seals 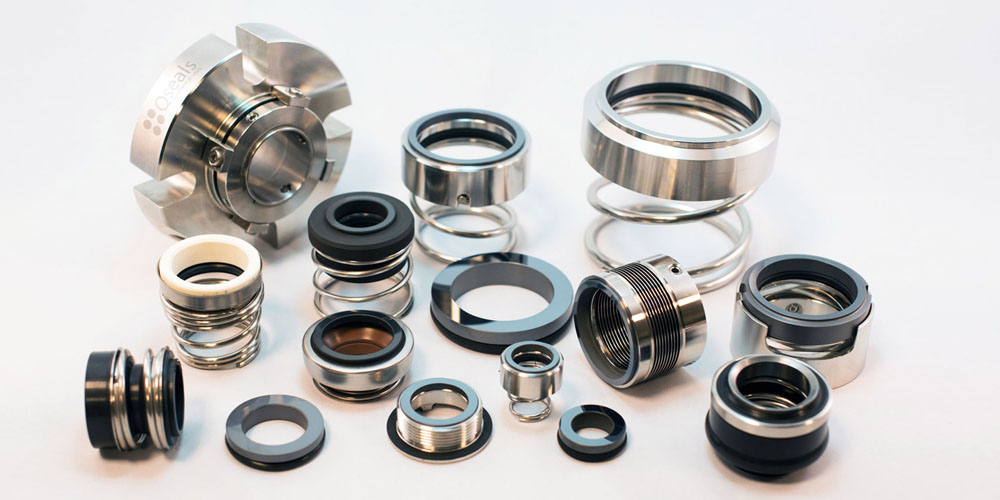 Since failure of the mechanical seal on the shaft is the number one cause of pump shutting down, it is important to know the standard terms of the world of mechanical seals.

Mechanical seals are comparable to precision instruments. These seals use margins with many decimal places. The mechanical seal life depends on many factors, and it can vary from a few intense minutes to many trouble-free years. In general it can be stated that: the more attention paid to the mechanical seal and related equipment, the longer they will last.

Years ago, packing materials such as stuffing box packing were used for most shaft seals. These types of shaft seals required a fair amount of leakage to keep the packing properly lubricated and cooled. Until 1915 the mechanical seal was invented. This shaft seal managed to keep the fluid in by using two incredibly flat surfaces (one that rotates with the shaft, and one stationary in the housing). Despite the fact that these treads also need a little bit of ‘leakage’ to create a hydrodynamic layer, this is often not noticeable as this liquid evaporates. Most pumps today have mechanical seals. However, because the parts and surfaces are so delicate, it is also the number one cause of pump failure. This requires a better understanding of this type of seal and its application.

The basis of a mechanical seal

Basically, all mechanical seals are made up of the following parts:

Mechanical seals require a fluid to maintain lubrication. The running surfaces are usually lubricated by a very thin layer of liquid (or gas) between the two running surfaces. Lubrication can also come from another fluid other than the product, depending on the seal requirements.

There are numerous seal designs available, but they can roughly be divided into the following types:

Pusher seals use a secondary seal that moves axially along the shaft or shaft sleeve to maintain pressure on the running surfaces. This allows the seal to compensate for wear and any less accurate shaft alignment. The advantage is that this seal type is the cheapest. The main disadvantage of this configuration is that the secondary seal can gall on the shaft or shaft sleeve, especially when processing abrasive product. 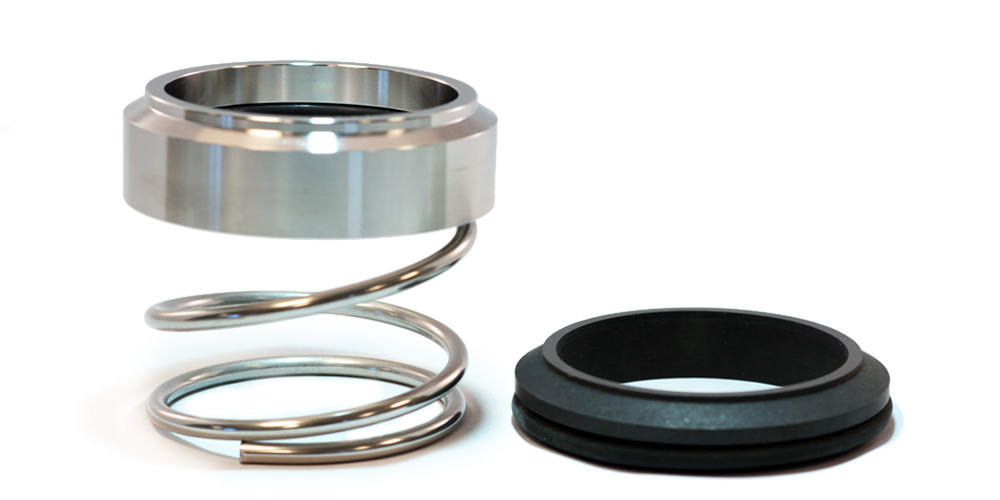 This is the category in which the bellow seals fall. These seals do not use a secondary seal that must be able to move along the shaft or shaft sleeve to maintain contact. The secondary seals do not move with this type of seal under any circumstances, not even during use. The tread wear is compensated for by an elastomer or metal bellows. A disadvantage of this type of seal is the higher cost price of the seal and that a larger seal must be used in a corrosive environment because the material of the bellows is otherwise too thin. 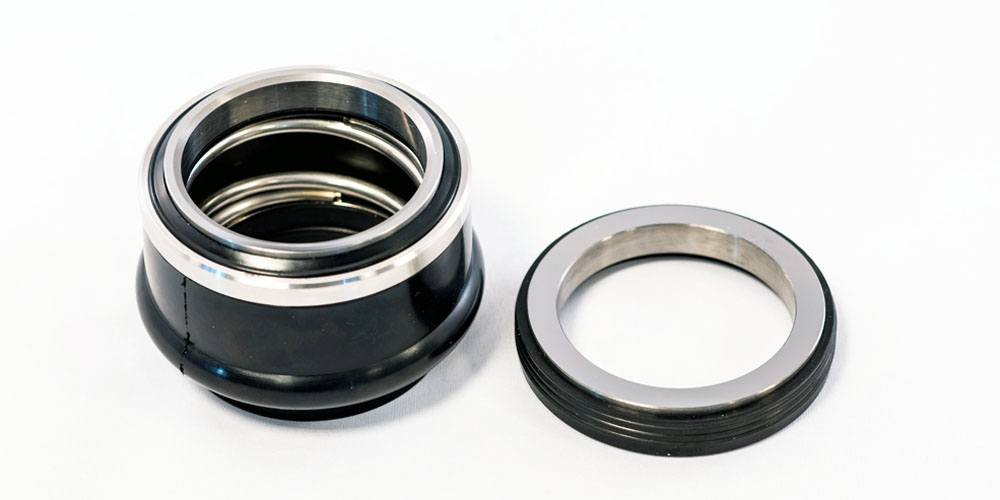 To overcome this problem, the balanced seal was introduced in 1938. With a balanced mechanical seal, high pressure is taken into account by adjusting the surface of the tread, which distributes the stuffing box pressure over a larger surface. Balanced seals are easy to recognize, there is a step in the shaft sleeve and/or the running surface. Incidentally, this works a bit more complicated with a metal bellow, but the principle remains the same. Mechanical seals can also be designed to balance for overpressure on both sides of the tread assembly. 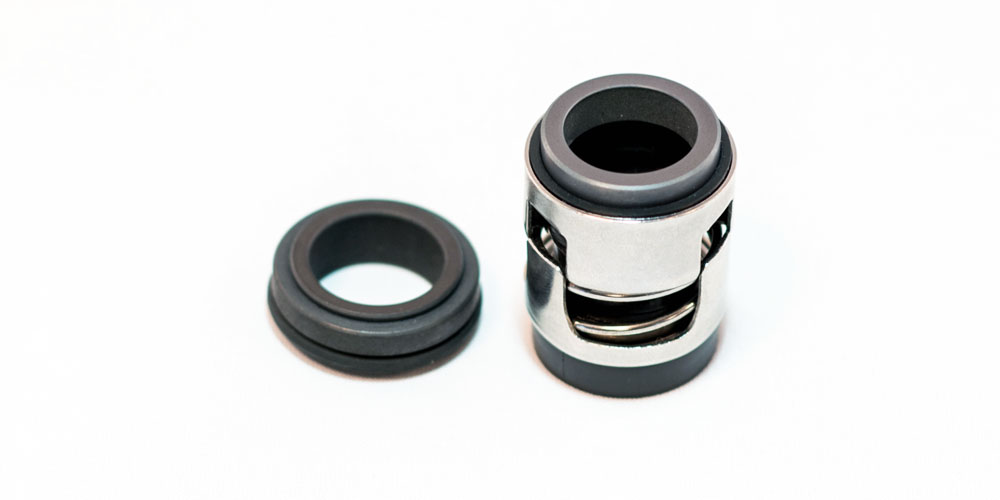 Cartridge seals consist of a pre-mounted mechanical seal on a shaft sleeve that can be installed as a whole over the shaft or shaft sleeve. Cartridge seals are very easy to install and the chance of short service life due to suboptimal installation is less probable. It should come as no surprise that cartridge seals are a lot more expensive than the previously discussed seals. On the other hand, there are lower maintenance costs. Incidentally, it is not always possible to apply a cartridge seal if, for example, there is no space in the house. 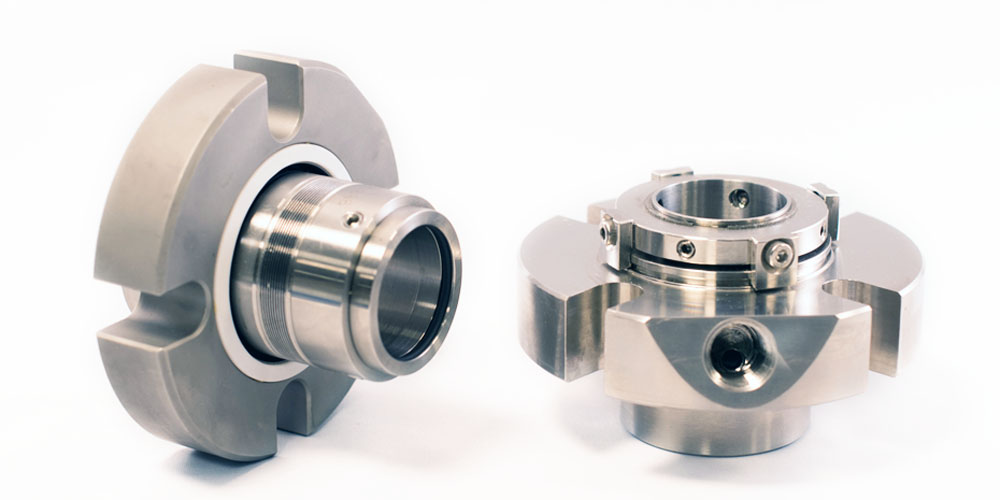 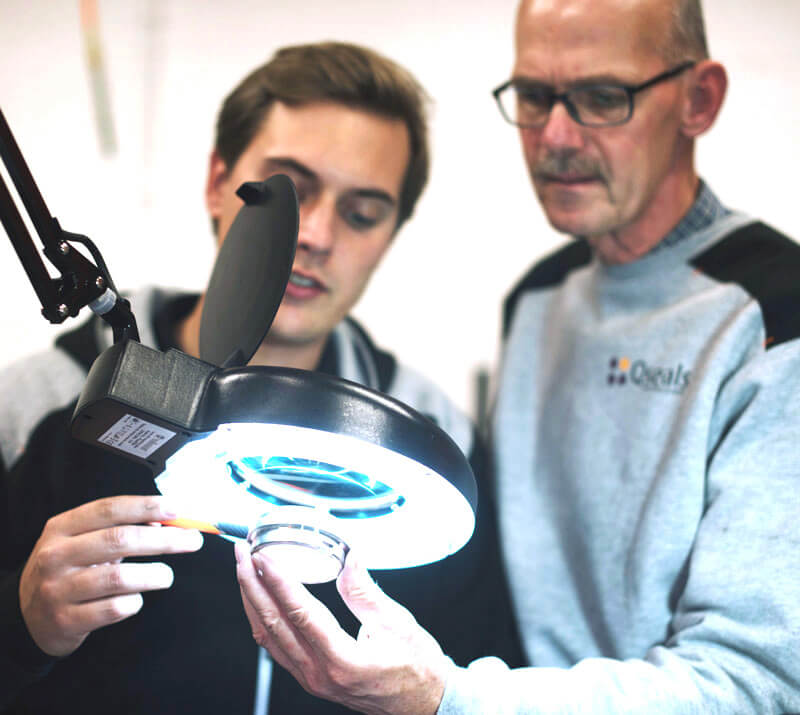 We gladly help you with free advice. Our specialists are available for you each workday from 08:00 till 18:00! Contact us via: